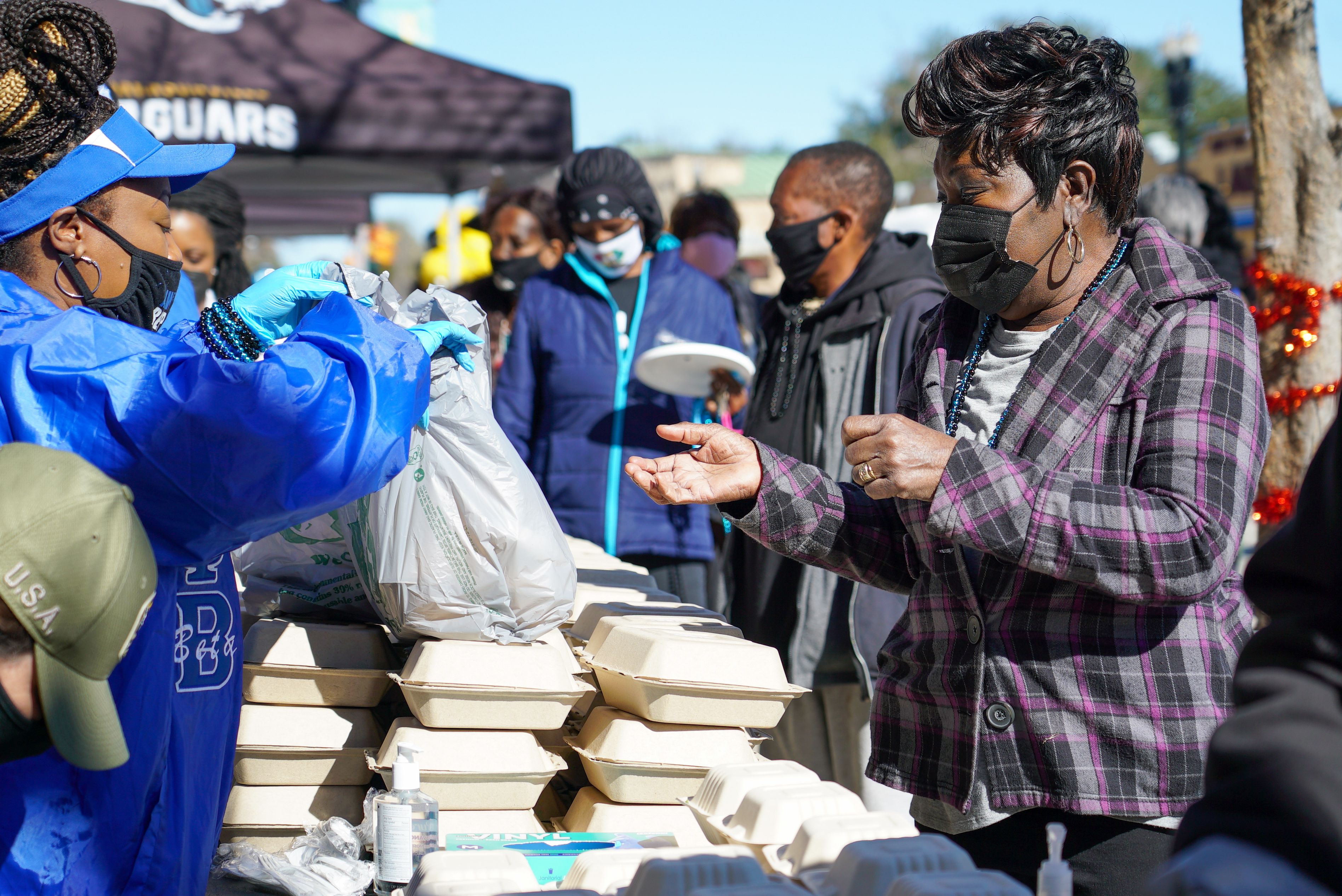 She had no idea such a thing existed.

The 1998 Raines High School graduate is Jacksonville to the very core. Tate just wasn’t Jaguars to the core, or even a big sports fan.

Tate’s background was in education and her passion was community outreach, which she took a large role in since joining the franchise in 2012. And she certainly didn’t know there was such a thing as sports philanthropy, hence her reference as an “accidental sports philanthropist.”

When the Jaguars created a position of vice president of social responsibility and impact last August and named Tate to that role, two questions jumped out.

What, exactly, would she do in this new position? And how would Tate and the Jaguars keep the conversation from a year of social justice reform moving forward without losing that momentum?

Tate took that blank slate and sought to make a difference in the community, her community.

How would Tate take a broad job title and turn it into actions in communities that felt neglected and voiceless? Tate said it wasn’t just listening but actually hearing what those concerns were.

“It took a long time [for society] to get here. And it’s going to take time to keep moving forward,” she said.

Tate said that when the team drilled down into where it could begin to make a large impact, it first began close to home. It started internally and expanded outwards. Some of those first deep dives came between the walls at the stadium.

Tate and the Jaguars began holding monthly diversity conversations with Black, indigenous and people of color. There have been movie nights in the amphitheater for employees. And from within first, the mission grew and the focus became clearer.

“We took some time to do a deep dive and we really landed on our neighbors out east,” she said.

“Out east” is Jacksonville’s Historic Eastside community, and one of the oldest neighborhoods in the city’s urban core. TIAA Bank Field is located in a slice of the community.

It is also an area of significant need and the target of the team’s outreach program.

On Martin Luther King Jr. Day, the Jaguars launched their day of service mission and were able to provide meals for 300 residents. The team partnered with a local Black-owned restaurant to pull that off.

Tate said that was just the beginning of a race that has no finish line.

The Jaguars are planning on doing a service project every month in that community.

“I love that grassroots approach,” she said. “I am hoping what we’re building is not so much partnerships as much as we’re building family. Family connections. I’m hoping our community feels the same way when it comes to this platform.”

The outreach has just started.

The team partnered with the finance app, Goalsetter, just this week to give 100 students at Long Branch Elementary $100 each as a way to help them start saving for their future. Tate said that there are plans to try and add to that number, both in students and funds. In Black History Month, the team highlighted local Black authors, who wrote about area landmarks or murals, and what those meant to them.

Those headlining actions aren’t it though. Those are the some of the many yet to come.

“I think that those communities all share one thing in common, which is just mistrust at this point. Feeling that they are not being heard. So, I think as a community, as leaders, it’s time to listen. And then to take what they’re saying and seriously put our resources to work for them.

Tate was the perfect fit for a job title that didn’t have a defined set of boxes to check. She knew football, but most of that was Raines football.

The Vikings football team won the Class 4A state championship during her senior year and Tate ticks off the Raines alums to make it big in the NFL … Carmichael. Dawkins. Lito. …

She knows the legacy of Bob Hayes, because, who doesn’t?

Tate’s sports knowledge and passion for sports diverged when she was younger because there were so many other passions in her life. She didn’t know back then that a love of philanthropy would collide with the area’s passion for football. But with the Jaguars brand behind the passion of a very inspired local woman, the mission to make a difference is stronger than ever.