Pentagon chief on inaugural tour of Europe to shore up... 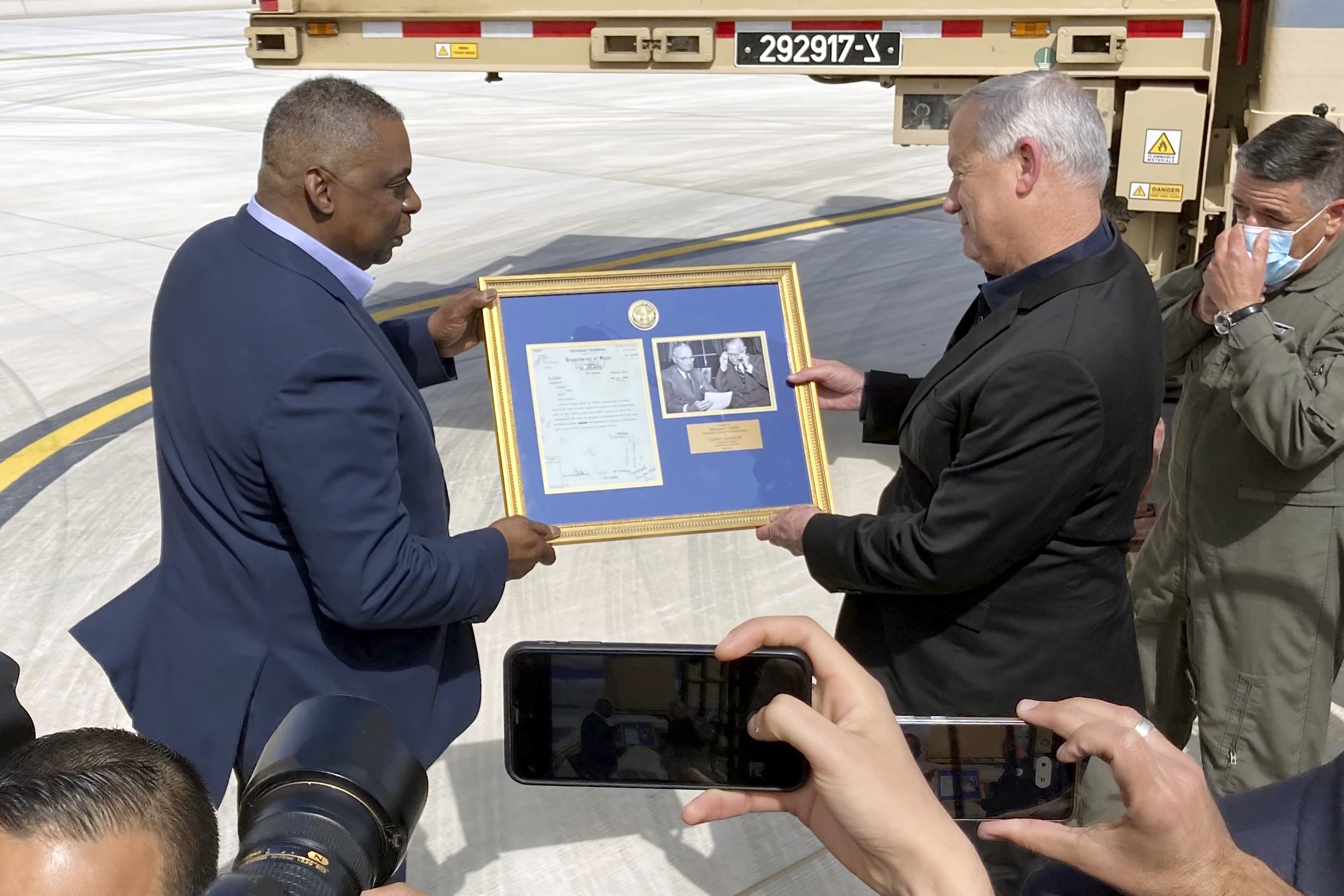 BERLIN – Nearly a year after President Donald Trump ordered thousands of troops to leave Germany, capping a series of setbacks for U.S. relations with major allies, Defense Secretary Lloyd Austin on Monday began an inaugural tour of Europe to shore up partnerships that are a cornerstone of the post-World War II order.

Austin arrived in Berlin against the backdrop of a newly emerging crisis with Iran, which on Monday blamed Israel for a recent attack on its underground Natanz nuclear facility. Israel has not confirmed or denied involvement, but the attack nonetheless imperils ongoing talks in Europe over Tehran’s tattered nuclear deal.

Also at stake in Austin’s visit is the future direction of U.S. defense commitments in Europe at a time of growing concern about Russian military intervention on NATO’s periphery, including a buildup of Russian forces near Ukraine’s border. Secretary of State Antony Blinken was headed to Europe to discuss with U.S. allies the Ukraine situation as well as the administration’s thinking on further withdrawals of troops from Afghanistan.

The United States also seeks European support for its approach to countering China around the world and for efforts to restore an international agreement with limits on Iran’s nuclear program.

Austin arrived in the German capital on Monday night and will hold talks Tuesday with senior government officials. He will also visit NATO headquarters later this week in Belgium and meet with British defense officials in London. He began his trip Sunday in Israel, where he underscored U.S. defense support in meetings with Prime Minister Benjamin Netanyahu and Defense Minister Benny Gantz.

Austin, a former four-star Army general whose overseas military experience was primarily in Iraq, is likely to assure German officials of intentions by the Biden administration to keep troops in Germany, though the number is subject to discussion as part of a monthslong global review of the basing of U.S. troops. Last year, Trump ordered the number in Germany reduced by about 12,000, to about 24,000.

In his first visit to NATO headquarters in Brussels since taking office, Austin will meet with Secretary-General Jens Stoltenberg, who declared on President Joe Biden’s inauguration day that the arrival of a new administration marked “the start of a new chapter for the trans-Atlantic alliance.”

Trump’s departure from the world stage gave the Biden administration an opening to restore a more supportive U.S. approach to Europe and the NATO alliance, but complications will persist. For example, the NATO allies are anxious for Biden to decide whether to pull out of Afghanistan. NATO has more troops there than does the United States, and Biden’s indecision troubles them, not least because they count on U.S. military support for removing troops and equipment.

The attack on Iran’s Natanz nuclear facility further complicates U.S. efforts to draw Iran back into a nuclear deal. Austin was asked about this earlier Monday while in Israel, and he said only that he expects the administration’s diplomatic efforts with Iran will continue.

On the broader horizon, the European allies remain uncertain how their defense and security relationship with the United States will be affected by Biden’s push to focus more on China as the chief threat to U.S. security. That shift in U.S. thinking began during the Obama administration, which announced a “pivot” to Asia that left Europeans thinking their U.S. ally was turning its back. Washington adjusted diplomatically and rhetorically, assuring the Europeans that it was just a “rebalancing.”

Then came Trump. His administration further emphasized China as the prime security threat, but of greater concern to the Europeans was his frequent, sometimes shocking, denigration of the trans-Atlantic partnership that had been the foundation of U.S. security policy for decades. He dismissed the NATO allies as freeloaders, and last summer he ordered the removal of about one-third of the U.S. force in Germany, as well as the move of U.S. European Command headquarters from Germany to Belgium.

“We don’t want to be the suckers anymore,” Trump told reporters last July, calling the Germans ingrates who don’t spend enough on defense but expect the United States to protect them from Russia.

Germany has been an anchor for the U.S. military presence in Europe since the early post-World War II years. In addition to hosting the headquarters for U.S. European and U.S. Africa commands, Germany’s Ramstein Air Base is headquarters for NATO air and missile defenses. The U.S. Army’s largest overseas hospital, the Landstuhl Regional Medical Center, is a few miles from Ramstein Air Base. The U.S. Air Force also has a substantial presence in Germany, including the 52nd Fighter Wing at Spangdahlem.

In his first speech to an international audience, Biden in February declared to the Munich Security Conference: “America is back, the trans-Atlantic alliance is back, and we are not looking backward. We are looking forward together.”

Biden suspended the Trump decision on a partial withdrawal of troops from Germany, which had not yet been implemented. It seems likely the administration will decide not to carry out the Trump order.

Jim Townsend, who served throughout the Obama administration as the Pentagon’s lead policy official on Europe and NATO, said in an interview that he sees lasting value in Austin’s touring of European capitals early in his tenure.

“It’s a better way to repair the torn fabric of that trans-Atlantic relationship,” Townsend said.

Even if the Europeans can put the Trump-era tensions behind them, they will still have questions about the Biden emphasis on China, which is not a front-burner issue for the Europeans. They largely view NATO as a bulwark against Russia, particularly since Moscow’s annexation of Crimea in 2014 and its intervention in eastern Ukraine, which is not a NATO member but aspires to join.