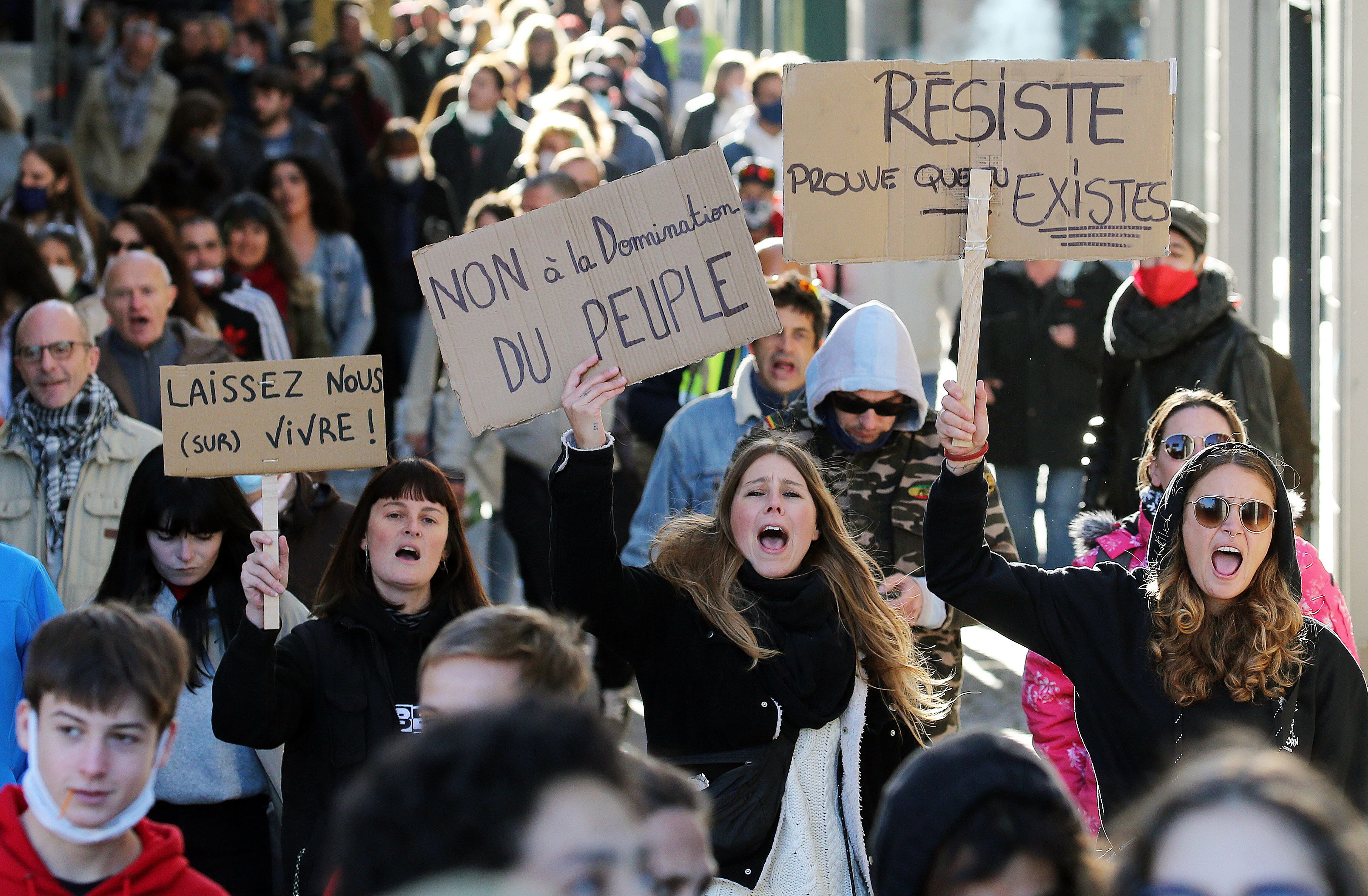 Paris – Thousands of people took to the streets in Paris and other French cities on Saturday in a call from civil liberties activists and press groups to protest against a proposed security law, which they said violated freedom of information and media rights.

Pending legislation in the French Parliament would create a new criminal offense for publishing pictures of police officers with the intent to harm them. Violators will face a maximum sentence of up to one year in prison and a fine of 45,000 euros ($ 53,000).

The government says the proposal is intended to protect police officers from online calls of violence. Critics fear that the measure, if implemented, would endanger journalists and other observers filming videos of officers at work, especially during violent demonstrations.

In Paris, several thousand demonstrators gathered in Place Trocadero near the Eiffel Tower, chanting “Freedom, Freedom” and “Everyone wants to photograph the police.”

Police used water cannons to disperse the demonstrators, with minor scuffles breaking out at the end of the demonstration. Paris police said 23 people were arrested and an officer was lightly injured.

Reporters Without Borders, Amnesty International France, the Human Rights League, journalists’ unions and other groups encouraged people to attend the protest. The crowd included many journalists and students.

Some members of the anti-government Yellow Vest movement also joined the demonstration.

The Office of the United Nations High Commissioner for Human Rights and the Ombudsman for Human Rights in France have also expressed concern that the new article could undermine basic rights.

In response to the criticism, Prime Minister Jean Castex said on Thursday that the procedure would be amended to specify that it “will not impede the freedom of information” and that it will focus only on images that are broadcast with the “clear” intent to harm police. officer.

Emmanuel Poppard, general secretary of the National Syndicate of Journalists, said Saturday that he believes the new amendment “does not change anything”.

He said the Police Image Act “has only one goal: to promote a sense of impunity for law enforcement officers and to make police brutality invisible.”

Protesters argue that on-the-job officer registration is necessary to be able to condemn and curb the officers’ violent actions. They are also concerned about the way the courts will decide whether the photos were published with intent to harm.

In July, three French police officers were charged with the manslaughter of the delivery man Cedric Chafeet, after he videotaped bystanders. Shufat’s death had similarities to the killing of George Floyd in the US state of Minneapolis, which sparked a wave of anger around the world and a series of demonstrations in France.

The proposed law was supported by MPs from President Emmanuel Macron’s party, which has a majority in the National Assembly.

Lawmakers are due to vote on Tuesday on the bill, which also includes other security measures. Then it goes to the Senate.