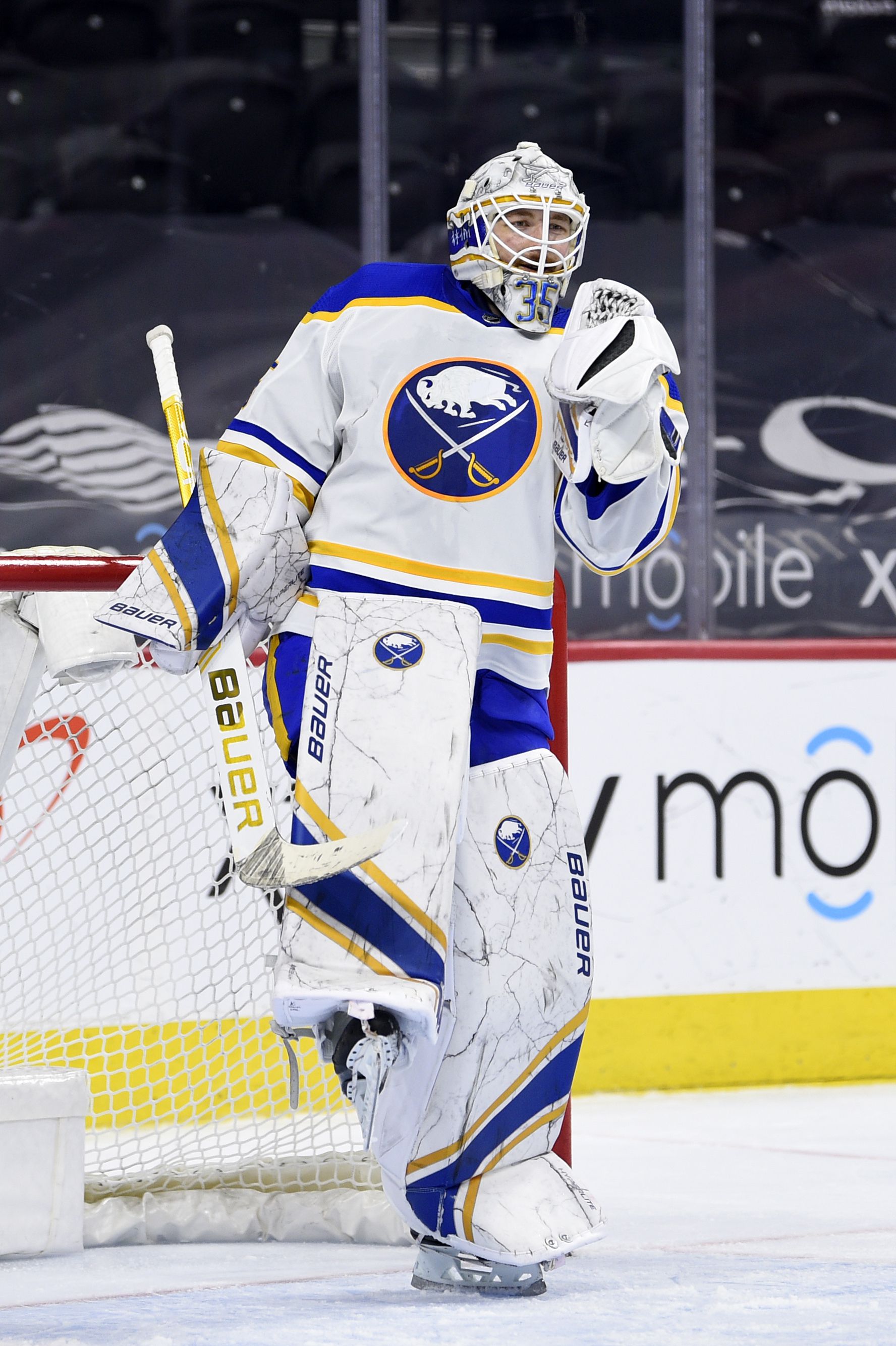 The coronarvirus pandemic turned the usual large number of NHL trade deadline deals into a trickle on Monday.

The moves that did take place under a flat salary cap, highlighted by Boston landing 2018 NHL MVP Taylor Hall in a trade with Buffalo, heavily benefited the buyers. And then there were the teams that got creative, acquiring draft picks in order to take on payroll.

Hall was the highest-profile player to move in an otherwise dry market and the Bruins took advantage by landing the under-performing, six-time 20-goal-scorer at a cut-rate price along with third-line forward Curtis Lazar.

Rather than getting a first-round pick in return, the Sabres acquired a second-round pick and a sparingly used forward in Anders Bjork, while also agreeing to retain half of what’s left on Hall’s one-year, $8 million contract.

Hall gets a chance for a fresh start after a forgettable season with the last-place Sabres, while the banged-up Bruins upgraded their lineup in a bid to complete their late-season playoff push. Boston began the day holding the East Division’s fourth and final playoff spot, four points ahead of the New York Rangers and Philadelphia.

Among the handful of notable moves, Pittsburgh added veteran depth by acquiring 36-year-old center Jeff Carter from the Los Angeles Kings for a pair of conditional draft picks.

The Vegas Golden Knights acquired center Mattias Janmark from the Chicago Blackhawks, according to a person with knowledge of the trade who spoke to The Associated Press on condition of anonymity because the deal had not yet been cleared by the NHL. Janmark played against the Golden Knights during the 2020 bubble playoffs with the Dallas Stars.

Carl Soderberg is back for a second stint in Colorado, after being acquired in a trade that sent forwards Ryder Rolston and Josh Dickinson to Chicago.

More notable were the players not traded.

Goalie Linus Ullmark is staying in put in Buffalo after the Sabres had enough promising discussions on an extension to believe a deal can be reached before Ullmark is eligible to become an unrestricted free agent this offseason, according to a person with direct knowledge of talks. who spoke to the AP on the condition of anonymity because the talks were private.

The entire trade market was dominated by the salary cap staying flat at $81.5 million, the result of the economic blow suffered by the NHL during the pandemic that hit U.S. sports hard 13 months ago. It led to some interesting deals.

The San Jose Sharks had room under the cap to add payroll and land a fourth-round pick from Toronto to broker the trade in which the Maple Leafs acquired Blue Jackets captain Mike Foligno on Sunday. The Detroit Red Wings were in the same position when they landed a fourth-round pick as part of the trade in which the defending Stanley Cup champion Tampa Bay Lightning acquired defenseman David Savard from Columbus.

The Sabres and Devils were among the NHL’s top sellers, which represented the disparity of the one-time realigned East in which Buffalo and New Jersey’s 24 combined wins are three fewer than each of the division’s top three teams.

The Devils continued selling off talent by trading defenseman Dmitry Kulikov to Edmonton, and also parted ways with Sami Vatanen, who was claimed off waivers by Dallas. Buffalo traded Hall after already dealing defenseman Brandon Montour to Florida and center Eric Staal to Montreal.

Hall had turned down the Bruins in free agency last offseason to sign with Buffalo. Failing to help transform the Sabres into contenders, Hall was looking forward to filling a secondary role in Boston.

“I don’t want to set expectations too high. I want to come in and win games,” said Hall, who had two goals and 19 points in 37 games.

“These last few days, you do some soul-searching and you look back on what you can do better and look forward to the future,” Hall said. “I think the best way to get confidence is to be part of a winning team and to make yourself part of the bigger solution.”