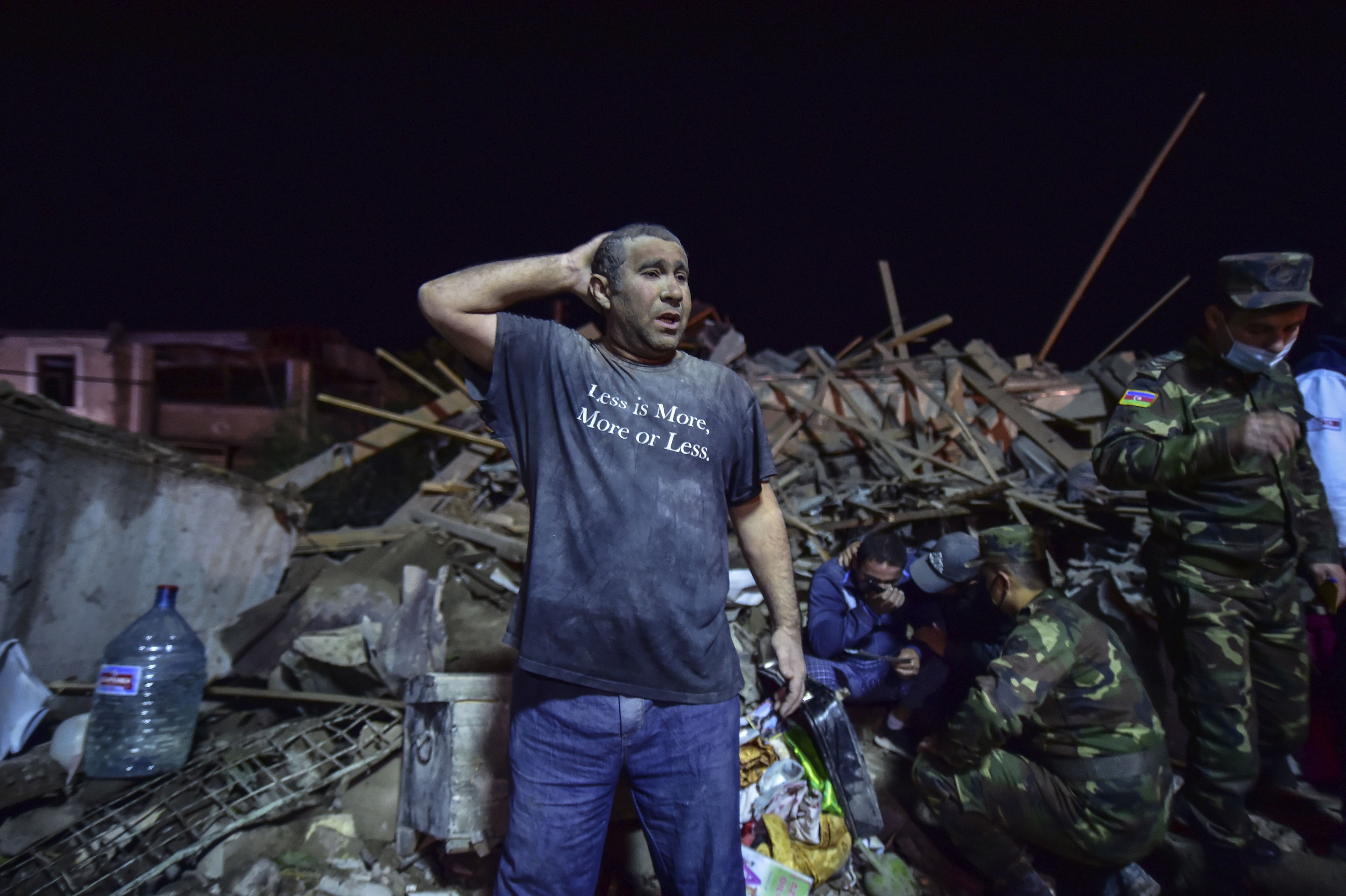 Baku On Saturday, Armenia and Azerbaijan announced a new attempt to cease fire in their dispute over Nagorno-Karabakh, starting at midnight, a step that comes a week after the truce brokered by Russia collapsed once it came into effect.

The new agreement was announced after Russian Foreign Minister Sergei Lavrov’s calls with his counterparts from the two countries, in which he strongly urged them to abide by the Moscow agreement.

Nagorno-Karabakh is located inside Azerbaijan but has been under the control of Armenian ethnic forces backed by Armenia since the end of the war there in 1994. Recent fighting that began on September 27 involved heavy artillery, missiles and drones, killing hundreds. Escalation of hostilities between the neighbors South Caucasus in more than a quarter of a century.

Russia, which struck a security pact with Armenia but established friendly relations with Azerbaijan, hosted senior diplomats from both countries for more than 10 hours of talks that ended with an initial ceasefire agreement. But the agreement faltered immediately after the truce entered into force last Saturday, as both sides blamed the other for violating it.

Large-scale fighting continued during the week.

In a new escalation, Azerbaijan accused, Saturday, Armenia of bombing its second largest city with a ballistic missile, killing at least 13 civilians and wounding 50 others.

The Armenian Ministry of Defense denied launching the strike, but the separatist authorities in Nagorno Karabakh issued a statement listing alleged “legitimate” military installations in the city of Ganja, although they did not claim responsibility for the attack.

Azerbaijani officials said that a Soviet-made Scud missile destroyed or damaged about 20 apartment buildings in Ganja overnight, and that emergency workers spent hours searching the rubble for victims and survivors.

Scud missiles date back to the 1960s and carry a large amount of explosives but are notorious for their lack of accuracy.

In a televised address to the nation, Azerbaijani President Ilham Aliyev denounced the missile attack, calling it a war crime and warning the Armenian leadership that it would face responsibility.

“Azerbaijan will give its response and will do so exclusively on the battlefield,” Aliyev said.

While the authorities in Azerbaijan and Armenia denied targeting civilians, residential areas have been increasingly bombed in the midst of hostilities.

Stepanakert, the capital of the Nagorno-Karabakh region, was subjected to intense bombardment overnight, wounding three civilians, according to the separatist authorities.

Aliyev declared that Azerbaijani forces had captured the town of Fizuli and seven villages around it, and obtained “strategic superiority”. Fizuli is one of seven Azerbaijani regions outside of Nagorno-Karabakh that were captured by Armenian forces during the war in the early 1990s.

Azerbaijani authorities said that 60 civilians had been killed and 270 others wounded since September 27, but did not disclose military losses. The separatist authorities said more than 600 Nagorno-Karabakh soldiers and 36 civilians were killed.

Azerbaijan insisted that it had the right to regain its territory by force after the efforts of the so-called Minsk Group of International Mediators, which includes Russia, the United States and France, failed to achieve any progress after nearly three decades. Azerbaijan actively pushed its ally Turkey to take a prominent role in future peace talks.

The Azerbaijani army announced on Saturday that it had shot down an Armenian Su-25, a claim the Armenian Defense Ministry quickly denied.

The Armenian army said it shot down three Azerbaijani drones over the territory of Armenia on Saturday. This was denied by Azerbaijan.

The drones and missile systems that Turkey supplied gave the Azerbaijani army an advantage on the battlefield, helping them outpace the Armenian forces that mostly rely on old Soviet-era weapons.